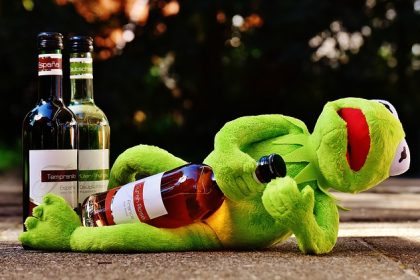 Is ministry a place to drink?

A question has come up quite a bit lately. People want to know if there is a standard for pastoral leadership within the church that would include abstinence from alcohol. It is not my intention to look at the first miracle of Jesus turning water into wine or to build a case for the water-to-wine ratio or any such thing. I am not attempting to dissect every angle of this matter but simply want to take a practical look at the subject and share a perspective. I am not saying every person must agree with my perspective; however, I am hopeful that a fresh view may encourage someone in pastoral ministry to think about their decisions and how such choices could potentially affect others. All that said, let’s consider what the Word of God says on the matter.

Drunkenness: There is absolutely no doubt that the Bible forbids drunkenness. Read the following passages to name a few: Isa.5:11, Prov.23:20, Rom.13:13, Gal.5:19, Eph.5:18. My question is how do you know if you’re actually inebriated and have crossed the line? I love what I heard Pastor Greg Laurie say on this: “You’ll never have to be concerned about falling into the sin of drunkenness if you never have a drink.” So, why take the chance?

In the Old Testament we find those who would take a Nazarite vow. According to Numbers 6, during the time of this vow people would refrain from wine. In Leviticus 10:9, we find priests refraining from wine when ministering in the tabernacle as the Lord did not want their judgment to be clouded in any way. In fact, the prophet Amos rebuked the nation when he said, “I raised up some of your sons as prophets, and some of your young men as Nazarites. Is it not so ‘O you children of Israel, says the Lord? But you gave the Nazarites wine to drink, and commanded the prophets saying, ‘Do not prophesy,’” Amos 2:11-12. How tragic that these young men had a calling upon their lives, yet were encouraged to drink wine, ultimately hindering their calling to prophecy.

In the New Testament some of the debate over pastoral liberties comes from the meaning of Apostle Paul’s reference in 1 Timothy 3 where he lists the qualifications for a Bishop (overseer, elder, pastor). Paul writes that a man should be blameless or above reproach in the way he lives his life. Paul states in 1 Timothy 3:3: A bishop is not to be given to wine. Upon close examination of the original Greek word paroinos, we find various scholars and commentators on the subject splitting grammatical hairs of what the word actually means and does not mean. But the question is then raised, Was Paul saying we should abstain completely or was he saying a pastor has liberty as long as he is not given over to it? Again, I am not one to debate the finer points of the Greek language, but rather share why I believe it could be a danger and hindrance to a pastor’s ministry. Thus, the reason I personally choose to refrain from the consumption of alcohol.

The Old Life: When I think of alcohol, whether that means one drink or many, the idea represents the old life before I knew Jesus. But when I came to Jesus I put away drinking because to me it was representative of the old man I once was. Why would I want to go back? I wouldn’t and I don’t.

The Observation of Devastation: In all the years I have pastored I can tell you I have never once seen anything good come from alcohol. Rather, I have seen violence, divorce, loss, devastation, drug abuse, abortions, unwed mothers, tragic accidents and death, all a result of intoxication. A recent survey I read stated that one of seven people who drink become alcoholics. Their spiral may have started with one drink, which led to the next and so forth. Most people I have counseled who are given over to alcohol never thought about a downward spiral. They never expected that first drink would lead to a divorce, child support, rehab, DUIs and more.

Let me pose a question: “Would you keep a dog in your house that severely bit one of seven people who came into your house?” Did you know that 1,700 college students die every year from alcohol poisoning? I am certain most thought they could handle it. To put this into perspective, 1,700 college students is equivalent to four jumbo jets full of people.

The Potential to Stumble Others: As a pastor, I realize my calling has a great amount of influence within the lives of people. That responsibility is something I take very seriously and seek to walk in the fear of the Lord in how I live my life before my God and people. For example, if I was a social drinker and say seven people decided to follow my example with one of seven becoming an alcoholic ending their life in total destruction, is that a risk I am willing to take? NO WAY! I find it troubling today that the oft-used phrase, “in the privacy of your own home,” is used to justify drinking, even for pastors It’s all good as long as it’s in the “privacy of your own home.” But how far is that reasoning carried? What else could potentially fall under that category? To shed light on this subject, first of all, it’s not my home; it’s Jesus’ home. Furthermore, as a father I have always considered my children within our home. Forget for the moment that I am a pastor; I am also a husband and father. I don’t want to go down the road of justifying what I do at home versus what I do when I’m outside the home. I know me; I could easily fall into that trap.

Not Legalism but Wisdom: Undoubtedly, there are people on the other side of this discussion who may even go so far as to call me the “weaker brother or legalist.” That is something I am willing to live with. As I personally weigh the consequences of a decision on this subject “for me” it is clear; I don’t want alcohol and a lot of other things to be part of my life and ministry. Furthermore, as pastor of Calvary Chapel SJC I encourage all our young men in leadership who have a desire to become pastors to take the same stance. Also, I encourage our congregation in the same way. Although the flock may have the liberty, I urge them to be careful that the liberty does not become a cloak for sin. A little leaven can potentially spoil the whole lump. Or worse, that we would stumble someone with our liberty, whether in the privacy of our own home or in the public eye.

Galatians 5:13: For you brethren have been called to liberty, only do not use liberty as an opportunity for the flesh, but through love serve one another.