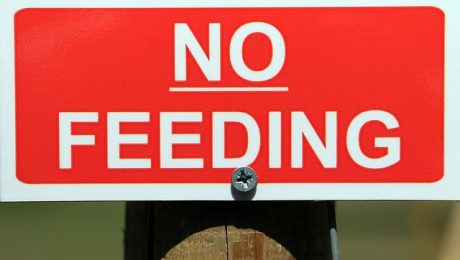 Because Christ Expects it of Christians

Jesus’ words in Matthew 6:16-18 are not words of a command. He does not tell us that we have to fast. However, He expects that we will. He said, “when you fast…” He was making an assumption that a Christian would fast. Moreover, when He said these words He followed it with a bit of explanation that a fast should be personal and private. Your focus should be on your relationship with God and not on letting the world know you are fasting.

In Matthew 9 Jesus is talking with the Pharisees and tells them that the disciples, while not fasting at that time, would fast once the bridegroom (Jesus) was no longer with them. Jesus expected His disciples to participate in fasting.

And when they had ordained them elders in every church, and had prayed with fasting, they commended them to the Lord, on whom they believed. (Acts 14:23)

We see in the above verse that Paul fasted about some decisions he made in leading the churches he started. The Israelites sought the Lord through fasting when they had been defeated in battle by the tribe of Benjamin. They were asking for guidance on what they should do and how to proceed (Judges 20:26-28).

For Intensity in Prayer

David fasted and prayed for the child that he fathered with Bathsheba. David knew he had sinned, but his fast was not to restore fellowship with God. Apparently restoration was already taken care of. His prayer in 2 Samuel 12 was for the life of the child. Though God did not grant his request, David was satisfied and content after his season of prayer and fasting. He had moved past the point of blaming God to a place of trusting God for the outcome.

Ezra prayed for God’s protection over his countrymen as they journeyed back to Jerusalem. He could have entreated the king for soldiers and cavalrymen, but he had already proclaimed that God would care for them. Now he was asking God to show Himself strong on behalf of the Israelites and to help raise a good testimony before the enemy (Ezra 8:21-23).

Nehemiah heard about the destruction of Jerusalem and was moved to fast and weep for his beloved city. This fasting was because of grief over the sin of his people before the Lord. He knew that God was punishing Israel for their sins. Nehemiah mourned and confessed before the Lord. Sin had caused a pain that prayer alone could not express. Fasting was a natural result of his grief:

And it came to pass, when I heard these words, that I sat down and wept, and mourned certain days, and fasted, and prayed before the God of heaven, And said, I beseech thee, O Lord God of heaven, the great and terrible God, that keepeth covenant and mercy for them that love him and observe his commandments: Let thine ear now be attentive, and thine eyes open, that thou mayest hear the prayer of thy servant, which I pray before thee now, day and night, for the children of Israel thy servants, and confess the sins of the children of Israel, which we have sinned against thee: both I and my father’s house have sinned. (Nehemiah 1:4-6)

To Show Humility in the Presence of God

The man after God’s own heart, King David, said that he fasted for the purpose of humbling himself before God (Psalm 35:13). He certainly seems to be the person who could have walked into the throne room of God and made his request boldly as we are invited to do in Hebrews 4:16. There is a difference between boldness and arrogance. David knew how to humble himself in prayer through fasting.

“… fasting without the right attitude does not touch the heart of God.”

While Jesus faced the temptation of Satan, He fasted for 40 days. There is a principle of spiritual strength that is demonstrated in fasting in the life of Christ (Luke 4:1-11).

Mark 9:29 shows that the disciples needed a power from God that comes only through fasting. Matthew 17:20 and 21 say that fasting and prayer coupled with faith in God can work spiritual miracles.

Full article can be seen Here