Life change by who you hang out with

by admin / Wednesday, 18 May 2016 / Published in General Ministry, Life Planning 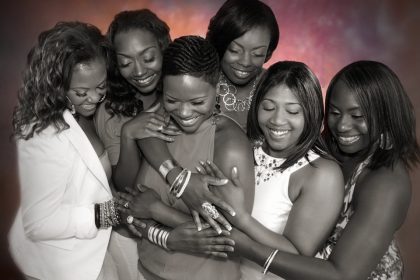 It was 1995 and Pieter Ernst was battling a serious problem.

Ernst was a physician with an interest in community-wide behavior change and he was currently in Mozambique. For nearly twenty years, a brutal civil war had ravaged the population and landscape of the country.

The war had ended three years earlier, but the entire healthcare system of the country had been crippled. Thousands of mothers and children were dying from preventable diseases.

The biggest problem was the scale of the issue. Dr. Ernst needed to reach a population of 107,000 citizens with a staff of just 19 people.

Ernst realized that it was impossible for his team to do it alone. Furthermore, he knew that if they were going to reduce the incidence of preventable disease for good, then significant behavior change would need to occur within the community. His team couldn’t stay in Mozambique forever. These changes had to happen in the homes and minds of the community.

Ernst came up with a plan.

First, they found over 2,000 volunteers from the community. Then, each member of his 19-person staff was responsible for teaching groups of 10 to 15 volunteers from the surrounding community about the steps they could take to reduce the incidence of preventable diseases.

Then, each volunteer would visit 10 to 15 households and share what they had learned. The volunteers repeated households every two weeks and continued to spread the ideas.

But this was the part that made the plan brilliant: the support group for the volunteers was not the 19-person healthcare staff. It was the other 10 to 15 volunteers in their small group. Each group of volunteers talked among one another about what was working, what wasn’t working, and how to get people on board with the changes in their community.

Not only did they reach the massive population, they also got the changes to take hold. The number of underweight children was cut by half. The mortality rate of children under five dropped. Pneumonia treatment was six times better than before the project began.

In a followup survey taken 20 months after the project had officially ended, the volunteer groups were still operating with 94% of the original volunteers and the health metrics continued to improve. [1]

The changes had stuck. For good.

The public health victory of Ernst’s team is impressive, but this isn’t just a feel-good story. There is a deeper lesson here that we can all apply to our own lives.

The Identity of the Group

Most of our behaviors are driven by two things: our environment and our beliefs.

I’ve written previously about identity-based habits — the power that your beliefs have to create better habits that actually stick over the long-term.

But it’s not just your identity that impacts your beliefs. It’s also the identity of the groups that you surround yourself with.

Consider the community in Mozambique. In the beginning, the community had a certain identity. After the war, many basic public health approaches simply weren’t part of daily life.

But as the volunteers began expanding their reach, working with each other, and sharing news of what techniques were working, the community began to develop a new identity. New behaviors began to be seen as normal behaviors. And when a new behavior becomes the norm for any particular group, the change sticks for good.

The lesson is simple: doing something is much easier when it’s the normal thing to do in your community.

What is the Identity of Your Group?

Every group has an identity.

The question is, do the groups you belong to have the identity you want?

There were only 2,300 volunteers in the Mozambique project, but 107,000 people began to take on new habits and behaviors when the identity of the group changed.

This happens to all of us. We take on the behaviors of the groups in which we live and the communities to which we belong.

Lasting behavior change happens when it’s part of the cultural norm. As Jim Rohn says, “You are the average of the five people you spend the most time with.”

We don’t endorse everything written by this author